What is the purpose of copyright?

There are two main purposes of copyright:

Promoting the Progress of Science and the “Useful Arts” (i.e. knowledge).
Copyright ownership encourages creators by granting them a “temporary monopoly” (the ownership of the bundle of rights for a specified length of time). This monopoly is limited in several ways when it conflicts with an overriding public interest or the needs of some people to make a single copy of a work for non-profit, educational purposes (see exemptions section). This monopoly is seen as an incentive to continue producing works.

Protecting Creator’s Rights
Copyright ownership protects and recognizes the deep connection creators have with their works. This is intended to ensure attribution of authors and preserve the integrity of their works. It prevents others from using their work without their permission and, with registration, provides a way to take legal action to stop infringement.

What is copyrightable?
Copyright Law states that copyright is extended to "original works of authorship fixed in any tangible medium of expression, now known or later developed, from which they can be perceived, reproduced, or otherwise communicated, either directly or with the aid of a machine or device" (Section 102).

What this means is that one must produce a work in a tangible form - be it a handwritten, drawn, painted, etc. or digitally produced - AND it must be original to the creator. "Original" does not mean "never has existed before"; rather, it means "created, composed, or done by a person directly; produced first-hand; not imitated or copied from another" (Oxford English Dictionary).

What is specifically protected:

What is not protected:

How do I get copyright on my works? Copyright is automatic! Once your work is fixed in a tangible form, you own the copyright to it. This does not, however, mean your work is registered. Registration is not necessary to own copyright, but it does provide additional benefits, such as the ability to sue someone for infringement. Copyright your works at the US Copyright Office.

How is copyright different from other forms of Intellectual Property?
Intellectual Property (IP) is an umbrella term for “property which is the product of invention or creativity, and does not exist in a tangible, physical form” (Oxford English Dictionary). There are four types of IP:

Most creations start out as trade secrets. Trade secrets are information that can include formulas, patterns, compilations, programs, devices, methods, techniques, or processes. The most common definition of a trade secret states that “it must be used in business, and give an opportunity to obtain an economic advantage over competitors who do not know or use it." To market them, one must protect the idea with a patent, trademark, or copyright (applicability varies).

Trademarks
A trademark consists of a recognizable sign, design, or expression that identifies products or services of a company or brand from those of other companies or brands. They can be owned by individuals, businesses, or any other legal entity. Their purpose is to protect the public from being confused about the source of a product and helps producers protect their reputation.
Examples: brands like Apple; products like Big Mac; logos like the NBC peacock; slogans like “I’m lovin’ it”; words in stylized fonts like eBay; colors like Cadbury Egg Purple; product shapes like a Coca-Cola bottle; sounds like the Yahoo! yodel; fictitious characters like the Geico gecko; and symbols like the Nike swoosh.

Patent
A patent “gives its owner the legal right to exclude others from making, using, selling, or importing an invention for a limited period of years, in exchange for publishing an enabling public disclosure of the invention.” The purpose of patents is to give inventors a time-limited monopoly on their inventions.

The rights of reproduction
Reproduction is defined as making copies of a copyrighted work.

An entire work does not have to be copied for it to be infringement; copying must be "substantial and material" for the copying to be infringement. Exceptions apply, particularly for educational purposes and fair use (see exemptions section for more information).

The right to distribute work
Distribution is defined as "making available to the public by sale, rental, lease, or lending."

This distribution is limited by the "first sale doctrine," meaning the creator has control over the first sale of a work, but cannot control what a buyer does after the purchase the work. For example, someone can purchase a book from a bookstore and then give it as a gift, loan it to a friend, donate it, or resell it all without the permission of the original creator.
Exemptions apply, including for educational purposes (see exemptions section for more information).

The right to perform a work

A creator is entitled to control when a work is performed when that performance is “public.”

Public performance is defined as performing the work in a "place open to the public or at a place where a substantial number of persons outside of a normal circle of a family and its social acquaintances are gathered." Additionally, a performance transmitted to multiple locations is also considered public.

The right to display a work

This right is similar to the right to perform a work, with a display needing to be public for the creator to be entitled to a say in how it is displayed.

The right to make derivative works

Derivative works are defined as new editions, translations, sequels, movies, abridgements, etc. Derivation usually requires some form of transformation, such as producing a film based on a book. This right overlaps slightly with the right to reproduce. 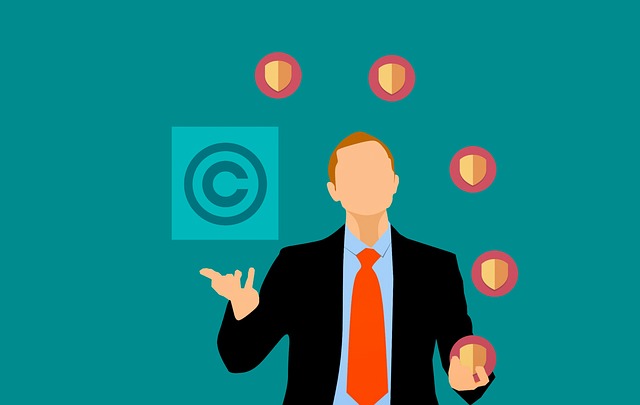 There are two main ways to add limitations or exemptions to copyright law:

1. listing specific activities that are excluded from the reach of copyright

2. including flexible guidelines about what is allowed in the spirit of the "three-step test."

What is Fair Use?

Fair Use is “the doctrine that brief excerpts of copyright material may… be quoted verbatim for purposes such as criticism, news reporting, teaching, and research, without the need for permission from or payment to the copyright holder.”

It is intended to balance the interests of copyright holders with the public interest in the distribution and use of creative works. Many uses would not be legal without Fair Use, such as printing multiple copies of a work for classroom use or the use of quotes in articles.

What are examples of Fair Use?

Fair Use is cited in such uses as course reserves, student projects, digitization, content in scholarly articles, access for disabled persons, parodies, quotes in news broadcasts, remixes, or video clips.

The Four-Factor test is the litmus test that a use must pass in order to be considered Fair Use. The Four Factors are:

(1) the purpose and character of the use, including whether such use is of a commercial nature or is for nonprofit educational purposes;

(2) the nature of the copyrighted work;

(3) the amount and substantiality of the portion used in relation to the copyrighted work as a whole; and

What is the Public Domain?

The public domain "consists of all the creative work to which no exclusive intellectual property rights apply." These works can be used in any way without first obtaining permission.

How do works enter the Public Domain?

2. The work was never entitled to copyright protection
Certain categories of works are exempt from copyright, such as government publications, works that are purely functional, and anything that is listed as not covered by copyright (facts, ideas, etc.).

The idea in the western world of an exclusive right granted to a printer to print a particular book began with letters patent, which were issued by the monarch. By getting letters patent, a printer was authorized to buy a copy of the book and publish that book exclusively. The basic idea was to prevent massive competition in the printing industry and to give the monarch control over what was printed and read.

In 1557, Queen Mary chartered the Royal Company of Stationers – they originally sold paper and became early printers and publishers.

Under the Licensing Act of 1662, the Royal Company of Stationers received a privilege to print books – one had to be a member of the guild to print books in England.

In 1695, the charter lapsed. Suddenly, the stationers were facing massive competition. They petitioned Parliament to permanently renew the charter, which was refused.

The Statue of Anne, passed in 1710, was the first statutory copyright law as opposed to licenses or charters. It gave the exclusive right in copy (the manuscript of a book) for 14 years to the author and the author's chosen printer. The Statute allowed one renewal for another 14 years (a total of 28 years). After the second 14 years, it always lapsed.

These rights were only for published material; unpublished manuscripts did not have this right.

Stationers again petitioned Parliament, but relied on the “author’s natural right” – ownership of a book existed simply by natural right to the author and therefore the publisher that the author selected.

This 1774 court case heard by the House of Lords decided that the only rights were those provided by the Statute of Anne for a maximum of 28 years. Once it lapsed, neither the author nor the publisher retained any rights over the book, essentially creating the Public Domain.

Copyright Clause of US Constitution

The Founders of the United Stares were more ambivalent about copyright that the British government because copyright is a monopoly. It was decided that the risk of monopoly was worth it to give authors the incentive to write and therefore make money from their works. It is important to note that the U.S. Constitution does specifically say that copyright should last for a limited time.

This Act gave copyright to only maps, charts, and books. No other works had protection. Works had copyright for 28 years.

To guarantee free expression and freedom of the press, some exceptions to copyright were added. This court case essentially created fair use.

This Act added three important changes:
1. The term of copyright was extended and how it was counted changed: instead of a number of years, it changed to the life of the creator + 50 years.
2. Copyright protection became automatic; no registration was required.
3. Unpublished works gained copyright protection.

The Sonny Bono Copyright Term Extension Act (CTEA) was passed into U.S. law. This extended copyright terms from the life of the creator + 50 years to life of the creator + 70 years, affecting works copyrighted before 1978 that had not entered the public domain. Because of this Act, new material did not enter the public domain until January 1, 2019.

With changes in technology and a desire for access to open resources, movements such as Creative Commons has adapted how copyright works by creating licenses to allow sharing of works within the bounds of copyright law.

NOTE: This history is intended for a U.S. audience. The history of copyright will likely be different in other countries.

Sources: Copyright for Educators and Librarians