When reusing CC-licensed content, the most important thing to remember is to provide attribution. Refer to the TASL method (title, author, source, license).

Another important consideration is the NonCommercial restriction. If the work you want to reuse is licensed under one of the NC licenses, you must ensure that your use is non-commercial.

NOTE: You can always contact the creator to gain extra permissions beyond what the license allows.

An adaptation or derivative is "a work based on one or more pre-existing works."

Common examples of an adaptation are translations of books, abridged books, and films based on books.

Not all changes to a work create an adaptation. Changes that are not considered adaptations:

A remix is very similar to an adaptation, but things like a translation are not considered remixes.

Using the Smoothie Example, a remix is taking licensed materials (e.g. yogurt, strawberries, and banana) to remix into a new product (strawberry banana smoothie). You often can't tell where one part ends and another begins.

Common examples of a remix are musical remixes and some of Andy Warhol's works.

A collection is an assembly of "separate and independent creative works into a creative whole." It is not an adaptation.

An example of a collection could be the collected works of a given author. The works themselves have not been changed; they are simply gathered together.

When selecting works to reuse, you must take the license and license compatibility into account. Not all licenses are compatible with other licenses.

When discussing compatibility, there are a few situations that can be referred to:

Additionally, you will need to take the reused works' licenses into consideration when selecting the license for your work.

Use the following charts when determining license compatibility: 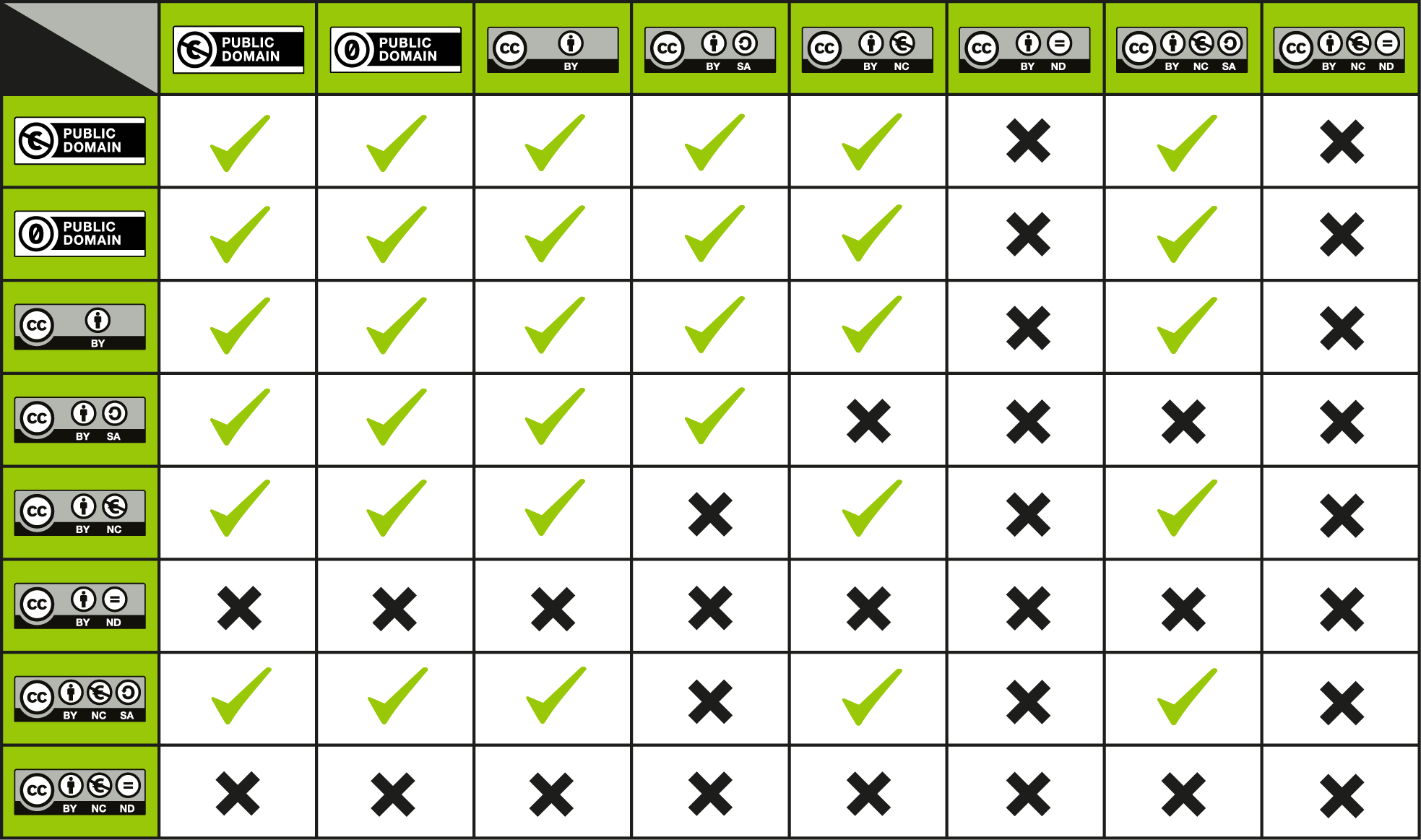